Through the physical and psychological brutalization of people and non-human beings, the combination of digital technologies and capitalistic urge has driven the natural ecosystem towards impending destruction. ΔNFANG dissects the violence of algorithmic societies, where power structures, knowledge creation and normative criteria become means of remorseless manipulation.

In a landscape of ruined nature and technological relics, a community of semi-human figures lives a primal and stern existence. An artificial intelligence (AI) algorithm, left to its own devices, feeds on the biodata of the human bodies as it tries to learn a meaningless sequence of numbers. It is a garden out of time, or perhaps, it is a garden within the fold of our times.

Inundating the space is a dogged, hypnotic stream of sound and light: the calculations of the AI turned into perceivable material. Thus, by dictating brightness or darkness, rhythm or stasis, the AI marks out the figures’ lives. It is computational “brute force” hammering the senses.

In a ritual of self-sacrifice a machinic deity is born in the form of twin prosthetic arms. They are without a body and use their artificial neural networks to seek flesh, dancing with the skin, the muscle and the bones. Will the ritual bring communion or tragedy?

In this community, existence is suspended: a society struggling against its own balance, torn between a moral rejection of violence and its systematic application against human’s kin and the ecosystem. It is a catastrophe out of time, or perhaps, it is a catastrophe of our times.

ΔNFANG is a rhizome of the Humane Methods project, an ongoing reflection on violence in algorithmic societies. 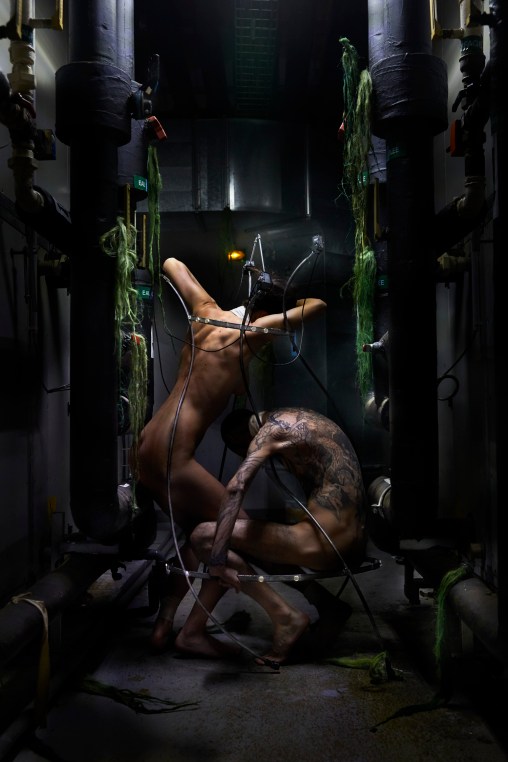 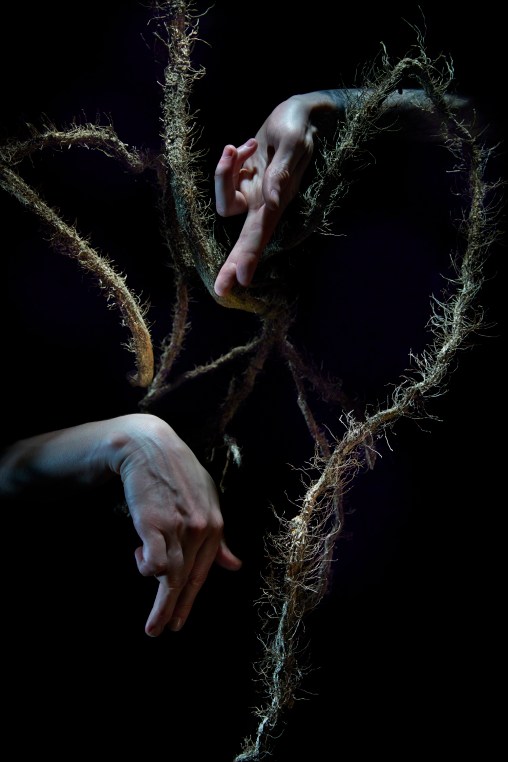 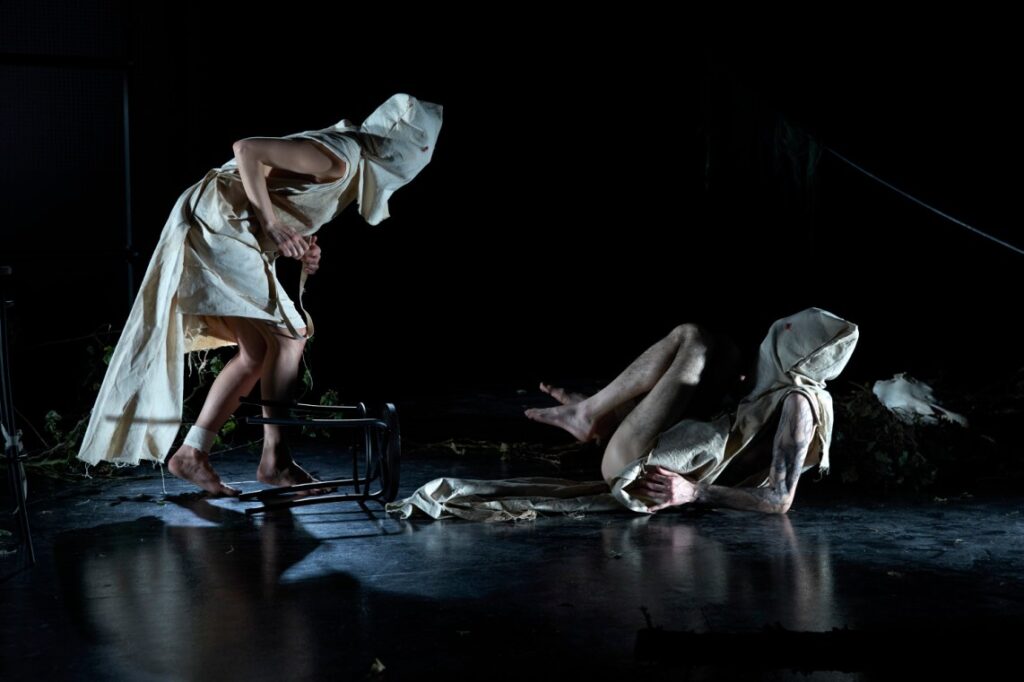 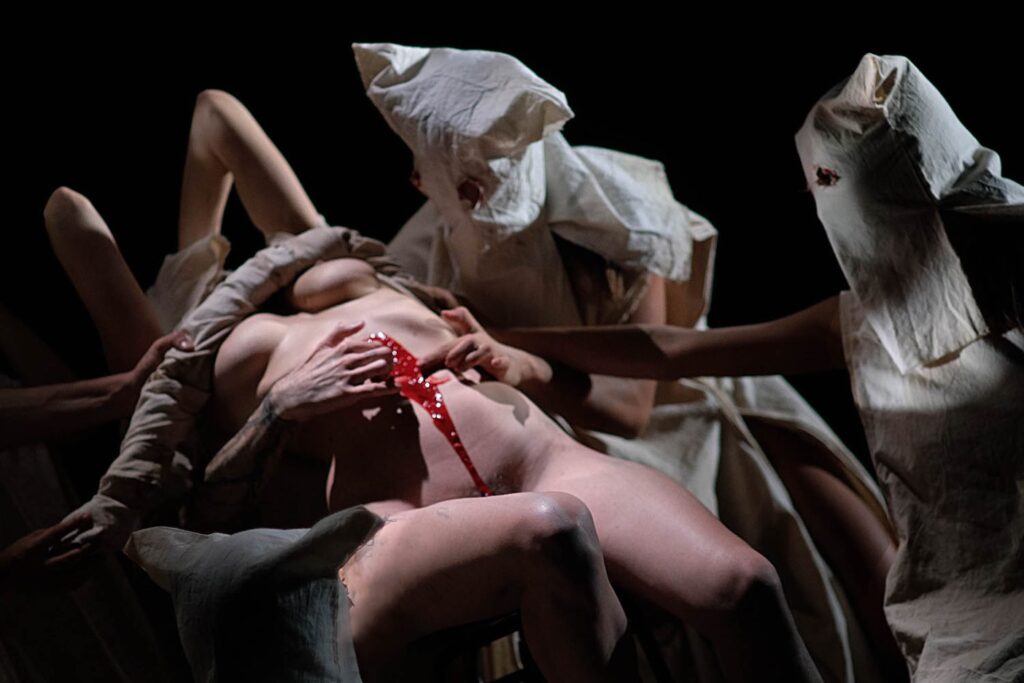 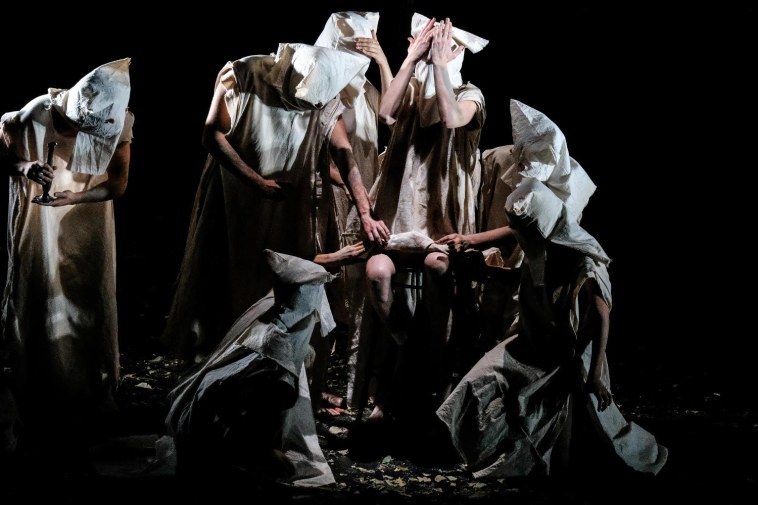 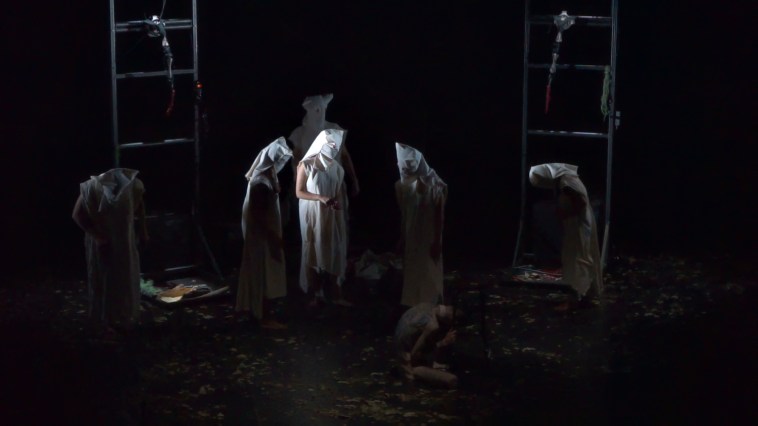 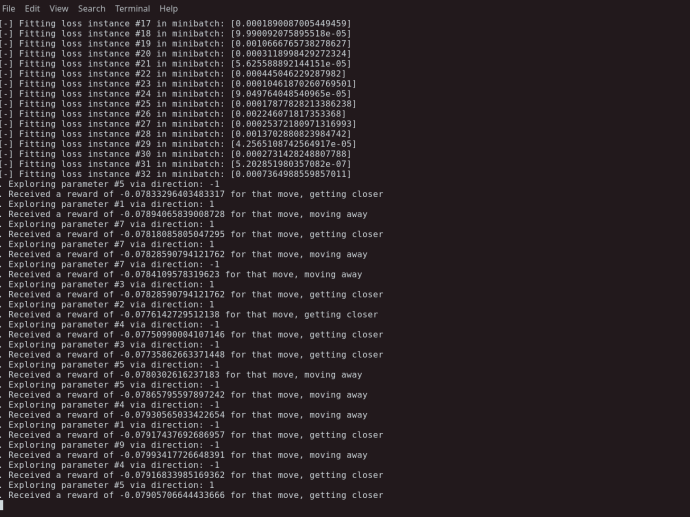 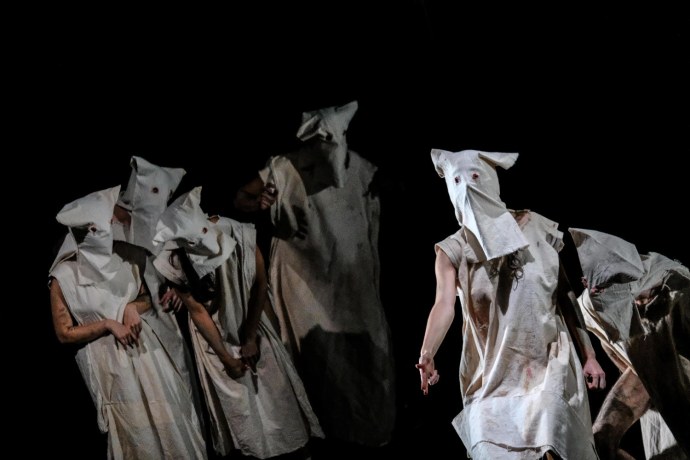 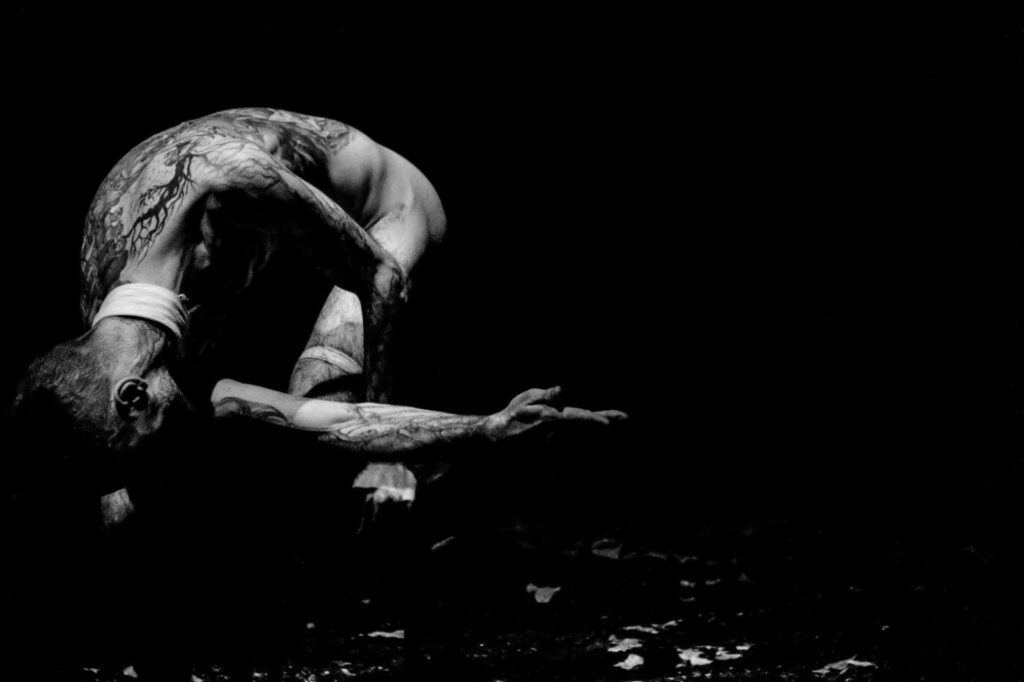 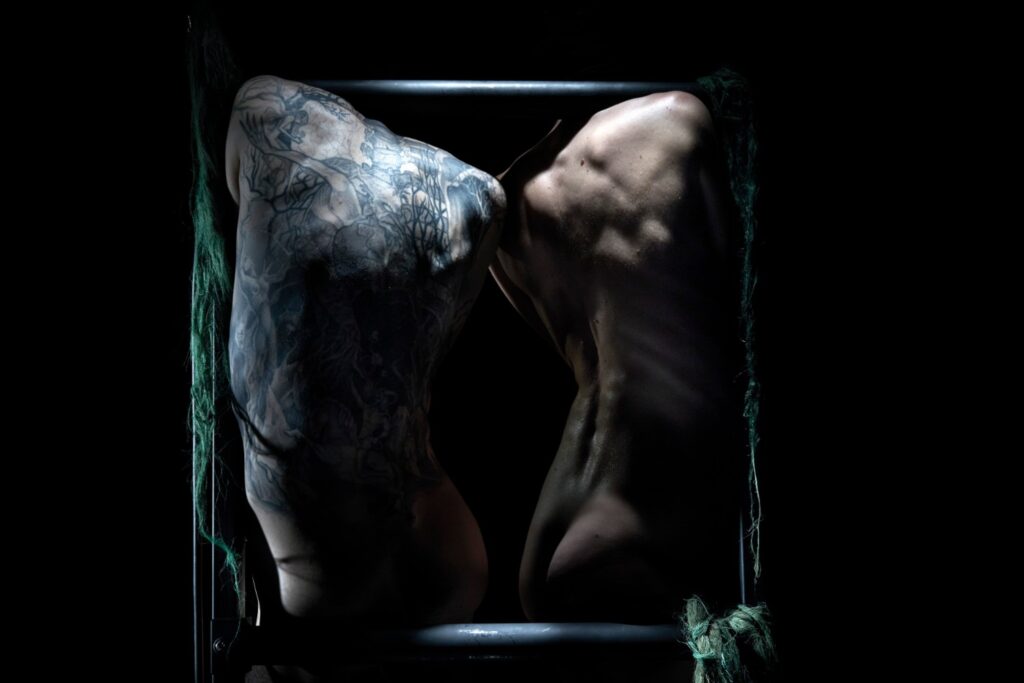 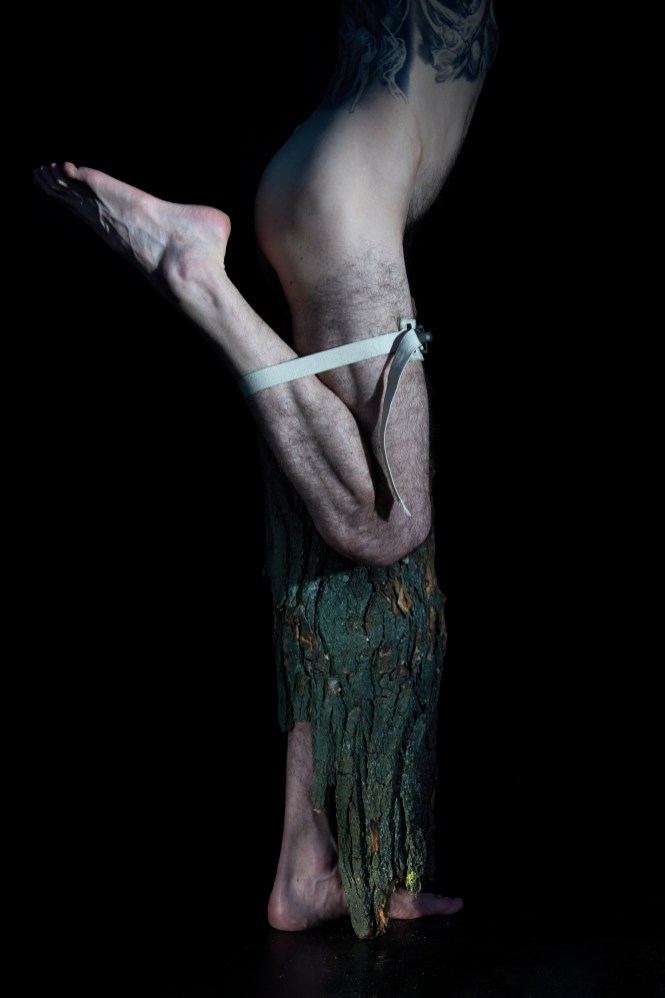 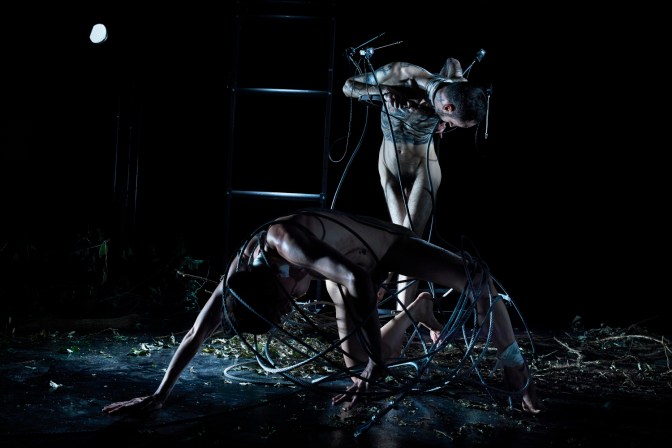 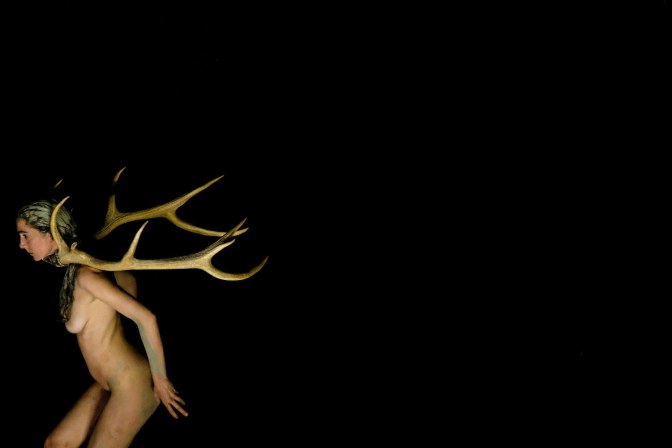 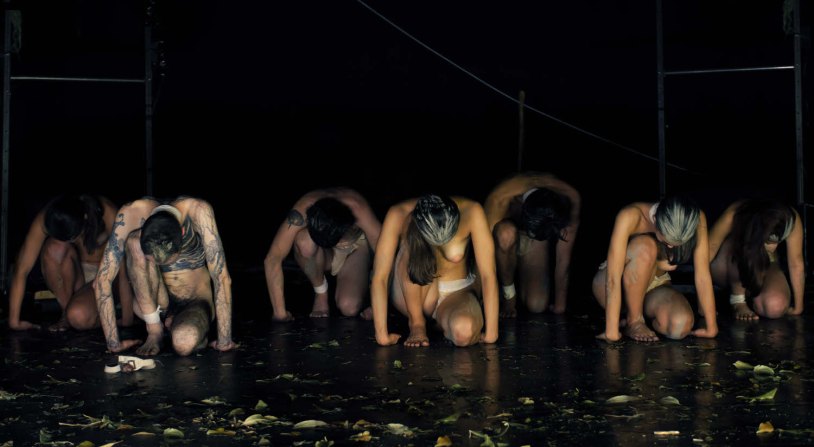 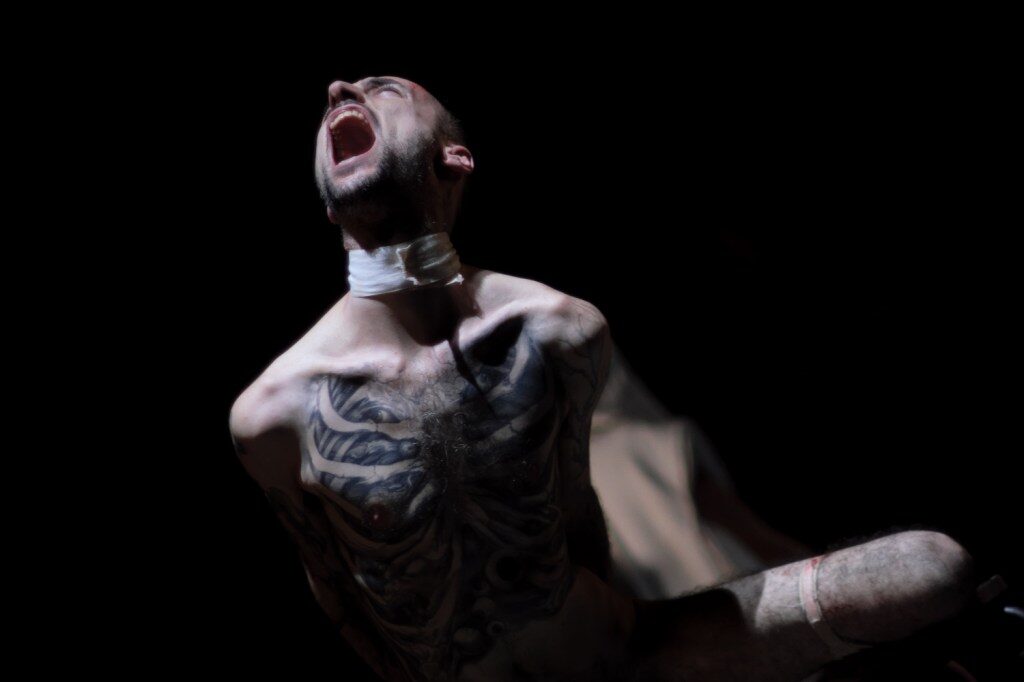 
ΔNFANG is a production by Fronte Vacuo (Donnarumma, Pevere, Familari).