39000 Light Straws – A brilliant work of art composed of tens of thousands of coloured straws, an installation art brought to life by interactive video mapping, thanks to a line of motion sensing devices called Kinect and Processing, which involve public interaction. Francesca Pasquali created this composition of straws in such a way that when seen from a certain distance they heighten the sense of the onlooker’s imagination, evoking imaginary worlds and biomorphs; as you get closer they vibrate, shattering into countless colourful particles, tiny bright fragments which are destined to find new life, hinting at the formation of new worlds.The participation of the spectator is fundamental, their involvement is at first passive and then becomes actively an essential part of the art work. This trinomial composition-spectatore-light is turned on by a digital processor, giving life to the installation and making each and every time and each and every movement of the public different, each time constantly new. Fruit of a synergy between different artists with a common depth of creativity, 39000 Light Straws enthuses the viewer to witness and embrace new technology, the relationship between nature and the man-made, between the physical tangible world and the mystic concepts of the 5th element. Hybridization and adaptability are vital concepts of a postmodern era. Ideas sweep over paths that meet and intersect each other, creating a network which uses the synergic elements and participants together to form a creative and productive system, thanks also to the use of digital symbolism which is shared and understood universally. The network is a choice of radical life: the heterogeneous multitude like the smallest operative cell and the participation like a dominant system. Evolution for cultural selection. The multitudinous language of electronic art has absorbed all the twentieth-century solutions to then go on to translate them again in the form of video installations, animation and in live media, bestowing sound and  endowing them with movement. [words by Federica Patti] 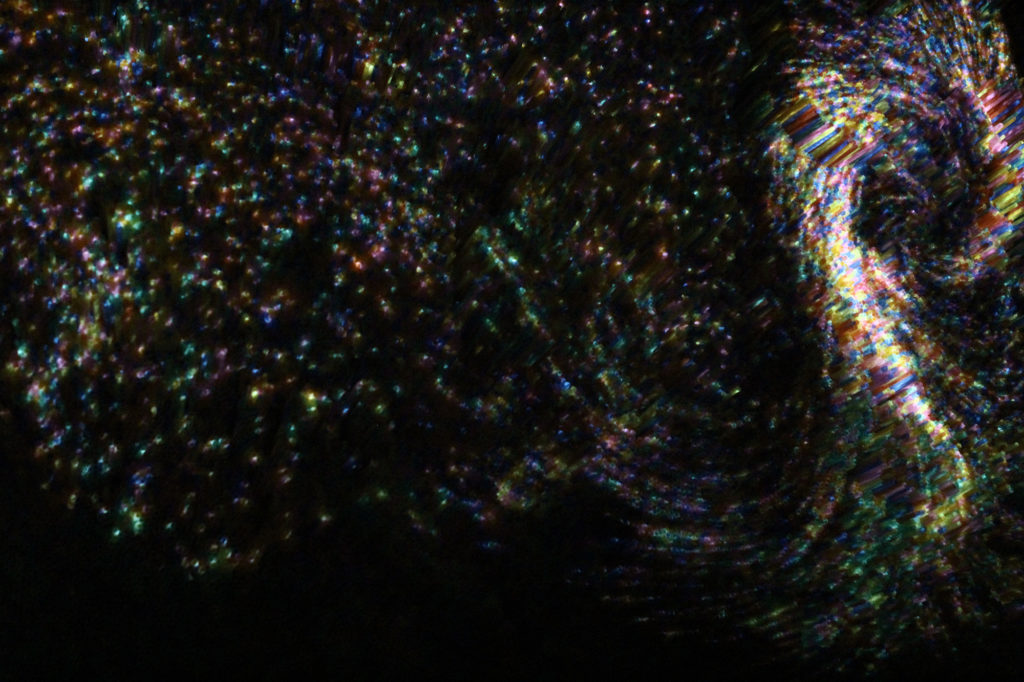