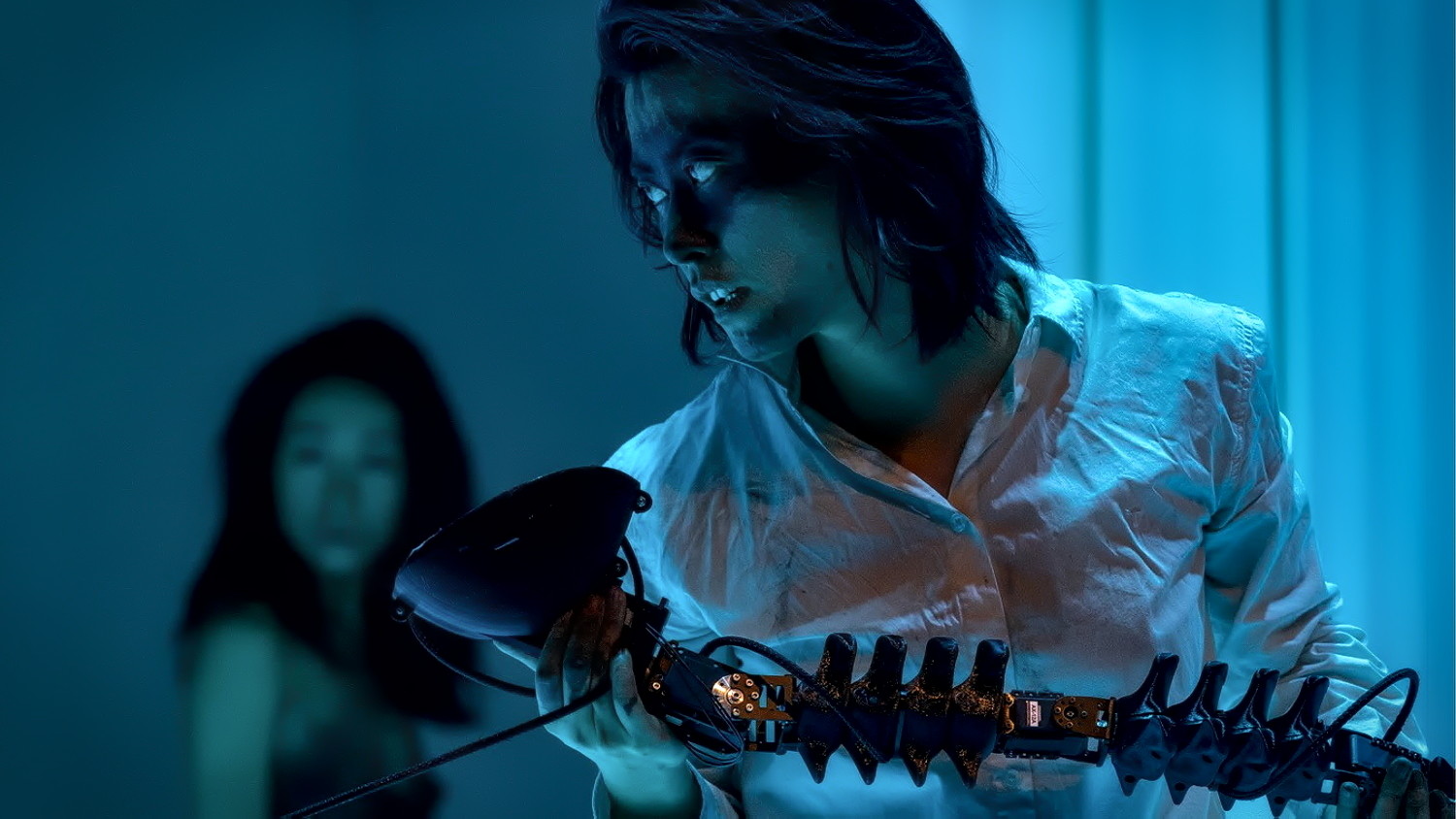 An international co-production by Marco Donnarumma (DE) in collaboration with Nunu Kong (CN).

“Increasingly, artificial intelligence (AI) and robots monitor and regulate human bodies and their relations at a social and personal level. Far from being passive commodities, ‘intelligent’ software, body sensors and robotic devices drastically affect the physiological, psychological and cultural basis of human life. Which kinds of identities do AI and robotics produce? How do those technologies influence the way we understand and discriminate human bodies? Who is ‘normal’ and why?

Alia: Zǔ tài is a piece combining dance theater and biophysical music with state-of-the-art AI robotics. Three humans and two AI robots inhabit an aseptic space, whose uncanny whiteness is interrupted by neatly ordered computer screens, cables and circuit boards. As in a lucid dream, a woman nurses one of the robots, a primitive form of sensuality hidden behind an apparently everyday routine. The robot responds to her, caressing her with sinuous movements, wagging its limbs, moving as an eerie, alive piece of metal.

The sweet quietness is only a prelude. As other humans and robots enter the stage, hidden hostilities start to surface. Biosensors on the performers’ bodies amplify their muscular activity into a sound storm, a fleshly sound attack manifesting to the audience the straining tension of their desires. Already wavering relationships are crashed under a choreography of cruelty. The desire of possessing those robotic limbs, the violent wish to own those robotic bodies overturns any rational response, to the point where the technology seems to own the human.

Taking its title from the Latin “alia” – the other – and the Chinese “zǔ tài” – configuration, Alia: Zǔ tài unleashes the violence and celebrates the frailty of both the human being and AI technology. It’s a portray of hybrid identities and mongrel relationships, where both utopia and dystopias are shattered by the psychological power and dangers of technology. Should those identities find a landing spot after the madness of this power play? And where to land?

Alia: Zǔ tài is part of the 7 Configurationscycle (2014-2018), a series of performances and installations at the crossroad between body art, tanztheater, sound art and media art. In the 7 Configurations Donnarumma, in collaboration with a range of artists, probes the physical, psychological and cultural conflicts surrounding the human body in the era of artificial intelligence (AI).

The cycle features machine performers in the form of AI prosthetic robots. Created by Donnarumma in collaboration with the Neurorobotics Research Laboratory in Berlin, the prostheses use tools from AI and humanoid robotics to mimic animal’s body coordination. Through haptic sensors and neural networks the machines sense and respond to the actions of the other performers on stage or to the physical constraints of their own environment.” 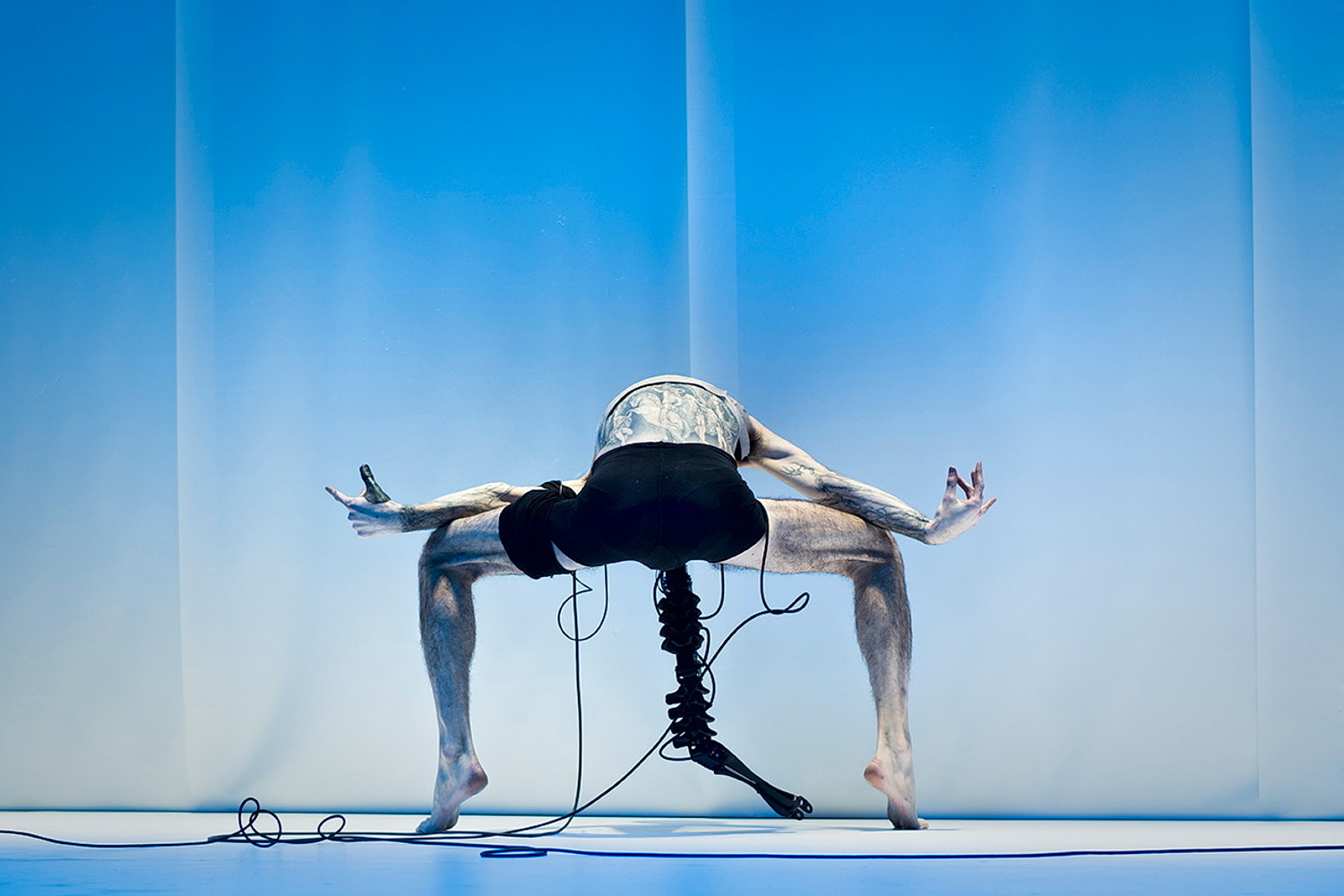 An international co-production by Chronus Art Center (CN) and CTM Festival (DE). Funded by Goethe Institut’s International Ko-produktion Fund. Co-funded by Berlin University of the Arts, Graduiertenschule, Einstein Stiftung and Berlin Center for Advanced Studies in Arts and Sciences. With in kind support by Baltan Laboratories and Resonans Festival. 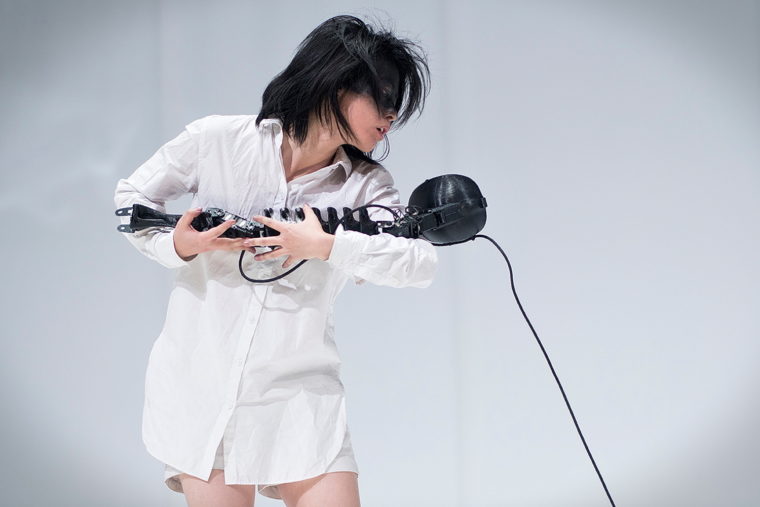 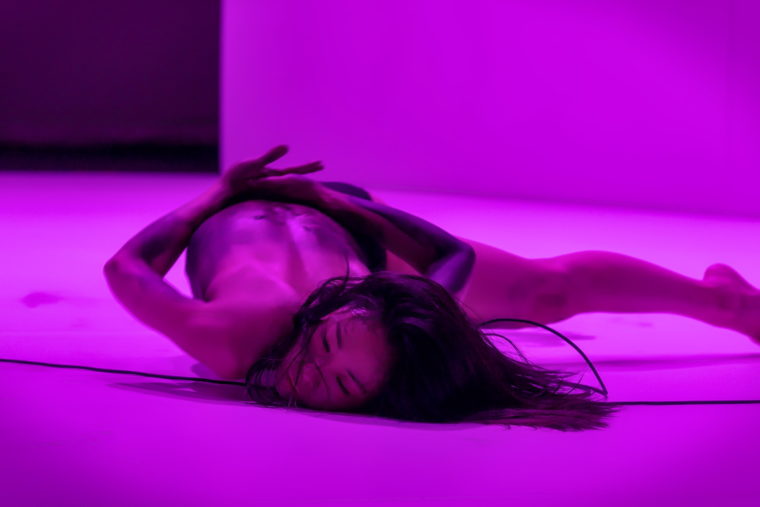 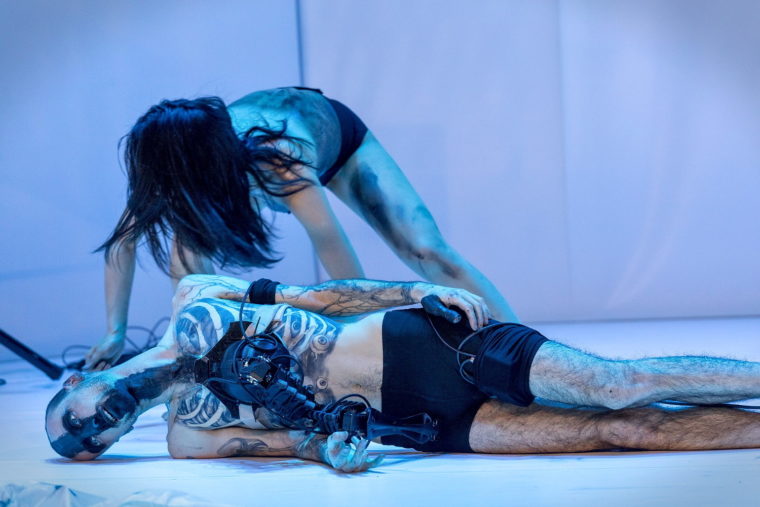 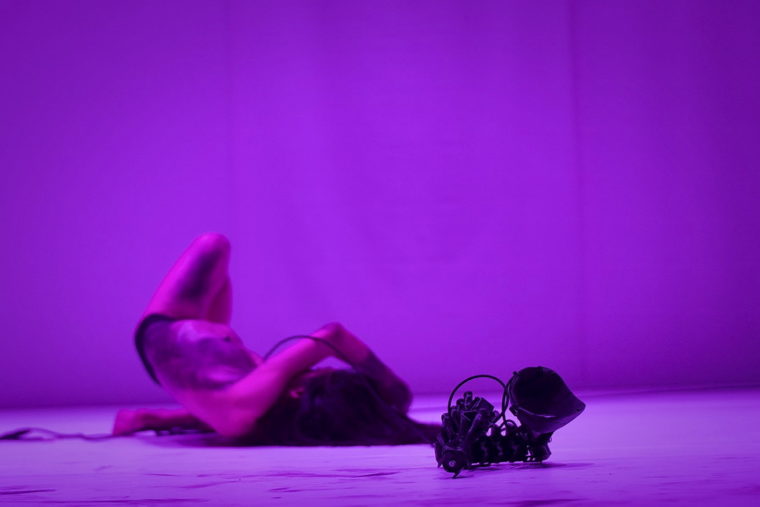